Who will find the Silver lining? 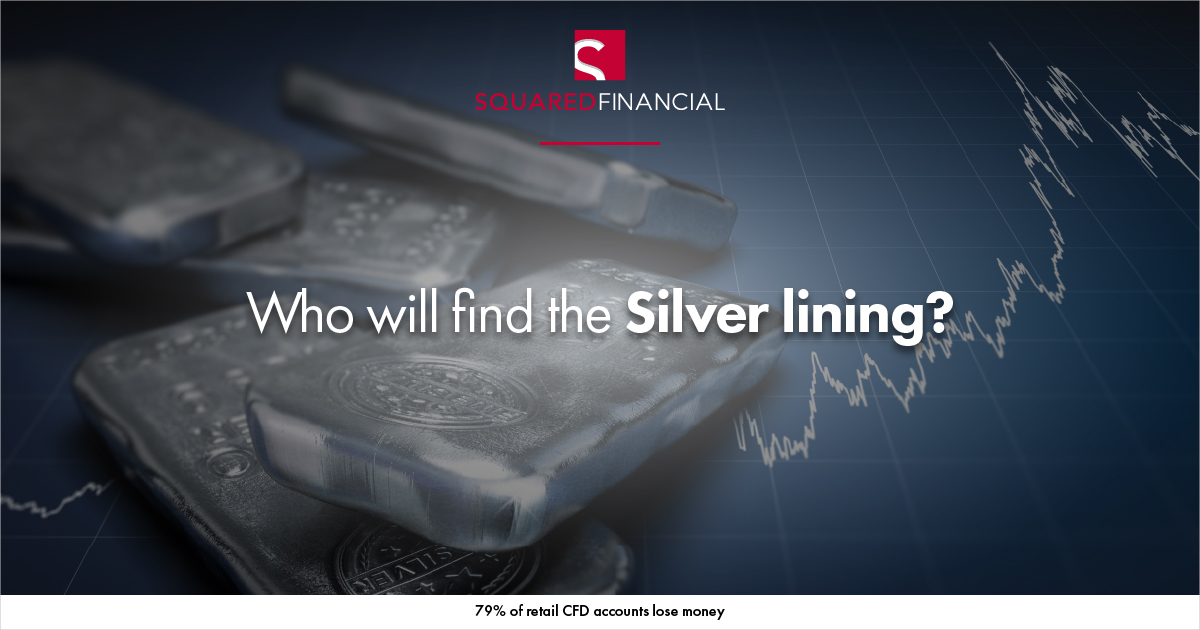 Silver prices have seen a big move to the upside that started on January 28 after the Reddit crowd turned their attention away from GameStop to focus on the precious metals market.

The WallStreetBets forum had multiple mentions of the hashtag #silversqueeze, prompting a big and swift move last week to 8-year peaks, with volume also rising to levels unseen since 2013.

It is important to note that silver can be very volatile because of its small market size and because it does not take much cash entering or exiting the market to have a big impact on price. For that reason, the swings, both up and down, can be much bigger than what most other commodities, such as gold, might experience.

It is also important to note that silver’s bullish run did not start last week after the Reddit army stormed into the metal. In fact, silver investment demand started in July 2020, after President Joe Biden declared during one of his election campaigns, that his administration will combat climate change by pausing oil and gas projects and pursuing green policies. Since silver is a key component in many green technologies on account of its benefit as the most conductive of metals, and as a key component in solar panels, investment demand started growing. ‘

Demand from industries usually does not fluctuate much, but investors are expecting to see a substantial increase in industrial demand in the next four years under a Biden administration, and when investment demand goes up, price also goes up.

The volume indicator on the weekly chart below clearly shows that investment demand for silver bullion spiked, indicating that investors clearly want exposure to the precious metal.

Buying interest triggered a major breakout of the major multi-year resistance level at $18.40 (as shown on the weekly chart below) signaling the start of a strong bullish run up. Prices nearly reached $30 by August 2020, before retracing back lower on profit booking, as the Relative Strength Index (RSI) was suggesting extreme overbought conditions. 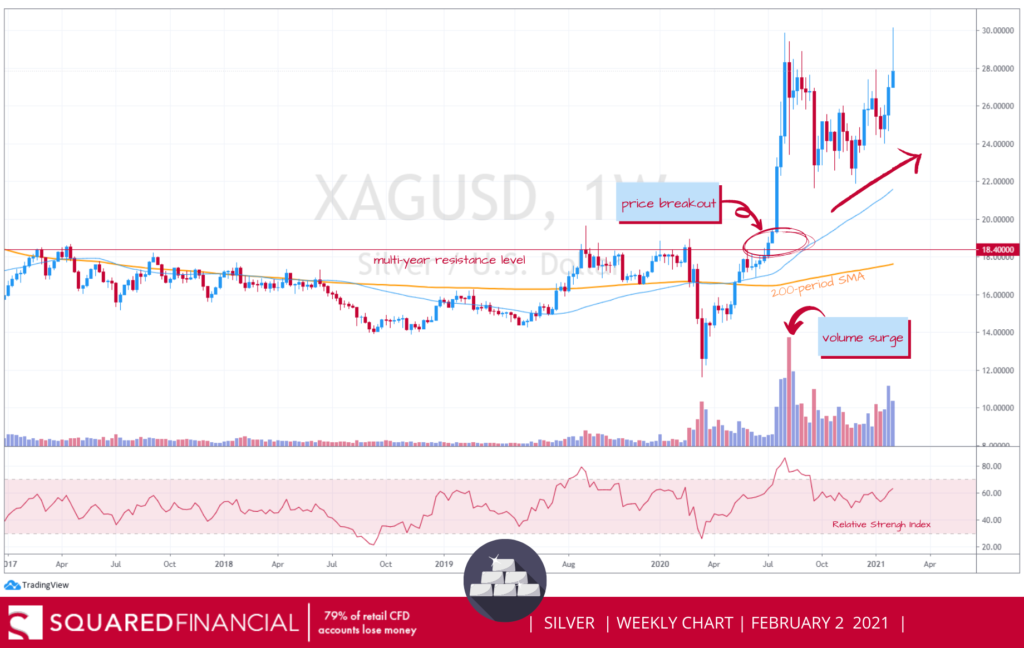 With silver now back in the spotlight and prices topped $30 an ounce yesterday (double-top) the question investors are asking themselves now is: will demand for silver keep growing driving prices higher?

According to Economist David Henderson, who specializes in energy policy, annual silver demand which currently sits at 2,285 tons could increase by 87% to 4,272 tons over the next 15 years if the U.S. power sector alone accelerated its de-carbonization efforts.

In simpler terms, this “green stimulus” could propel silver to near-record highs at $50 an ounce over the medium term and this surge in demand would have the potential to “push silver into a sustained deficit” in the next few years. Similar conditions occurred in 2010-2011 and resulted in prices reaching $48 an ounce.

Historically, silver prices reached an all-time high of $48.70 an ounce on January 17, 1980, according to Dow Jones Market Data, as Nelson “Bunker” Hunt and his brother William Herbert Hunt attempted to corner the market by buying up about two-thirds of the planet’s inventory. Two months later, silver prices dropped back to a bottom of $11 an ounce.

Looking at a silver from a technical perspective, indicators on the daily chart below favor further upside as prices are above near-term and long-term moving averages (50-day SMA and 200-day SMA).

The Relative Strength Index, however, is pointing lower, suggesting a slight correction is due (see daily chart below).

If the “double-top” formation (which usually signals an extremely bearish technical reversal pattern) does not materialize, and a higher high is achieved in the next few weeks (confirmation after a daily close above the $30 – $32 zone), this will signal an influx of new buyers and stop loss orders may be triggered providing a unique swing trading opportunity as the trend higher resumes. 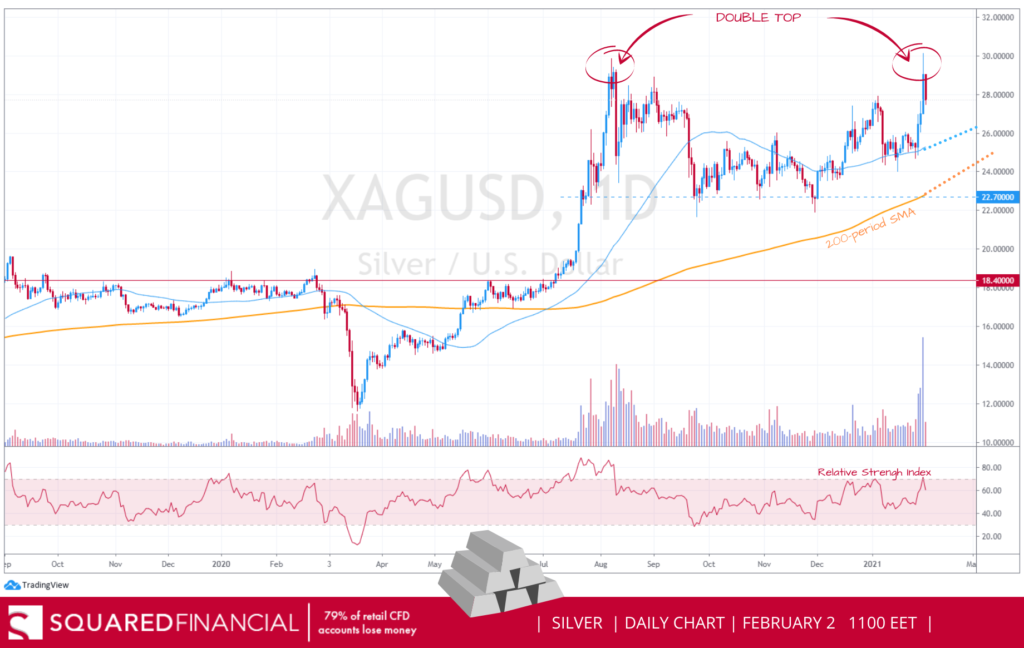 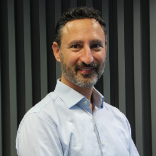